From 2004 to 2007 Reset cooperated with the national and international commercial production companies FilmMaster and BRW & Partners, realizing backstage and commercials for major national and international events.
From 2009 to 2012 Reset realized social commercials and documentaries for The Ministry of Foreign Affairs and many Onlus Foundations including Irene Pivetti’s LTFB, the Segafredo Zanetti Onlus Coffee, the Magis and Engim Onlus International.
To this day Reset produced 10 short films, such as a trilogy of social comedies: HE & HIM, about homophobia, SHE & HER, about meritocracy and WE & THE OTHERS, about immigration. The trilogy won several national and international awards, also shown at New Jersey Rutgers School of Arts and Sciences. Moreover, the short  HE & HIM was displayed in front of Stuart Milk, Barack Obama’s councilman. From 2016 the trilogy is distributed in preview by RAI CINEMA channel and on CNLIVE. In 2016, Reset produced with the Onlus ENGIM the social short film ONE OF US, sponsored by The Foreign Affairs Ministry. The short was shown in preview at RIFF Festival and on July 2017 it was transmitted on RAI 1 at 2 p.m, with 8% of share. The last short films produced by Reset Production are INVISIBLE  and LOVE HAS NOT RELIGION (2018). The national preview of the short LOVE HAS NOT RELIGION was at Festival Internazionale di Cinema di Frontiera in Sicily. Also, the short is in competition at Terra di Siena Film Festival 2018.
In 2016 Reset produced entirely THE FAMILY JUMBLE, the second feature film by Max Nardari. The world international premiere has been on July 2016 at the Festival Skip City in Tokyo,ranking 9th on 980 participants. The film has already been sold in many Asian countries by the international seller Medialuna. The American preview was in December 2016 at Bahamas Film Festival, ranking 4th. At the same time, it’s open a deal for an American remake. The Italian preview was at 70th edition of Festival di Salerno, where it won the Outstanding Debut Award. The film was released in the theatres on March 2017, distributed by Europictures. THE FAMILY JUMBLE won several awards at Cubo Cine Festival (Best Actor Award for Gabriele di Caprio), Festival dei Popoli e delle Religioni XIII (Best Actress Award for Bianca Nappi), InventaunFilm Lenola Festival 2017 (Best Feature Film Award), Pulcinella Film Festival 2018 (Best Feature Film Award, Best Actress Award for Bianca Nappi, Best Film Music Award, Best Costume Design Award and Best Production Design Award), Artelesia Film Festival (Special Mention Outstanding Debut Award) and Kinoclub Festival 2018 (Best Feature Film Award).
In September 2018, during the 75th Venice International Film Festival at the Premio Cinema Veneto session the director Max Nardari won Leone di Vetro for Best Direction Award. 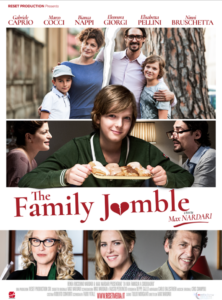 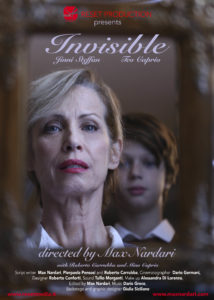 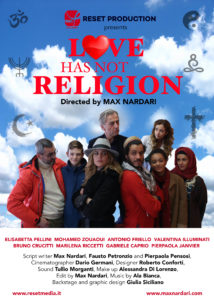 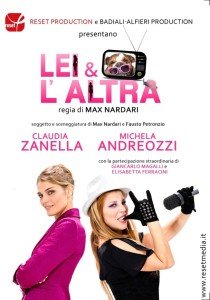 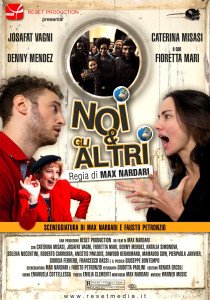 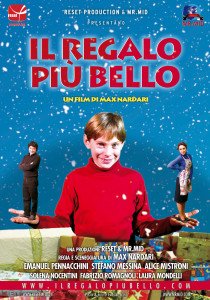 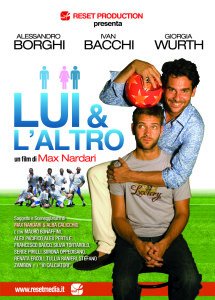 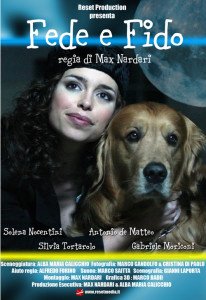 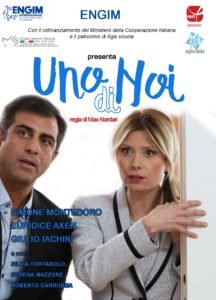 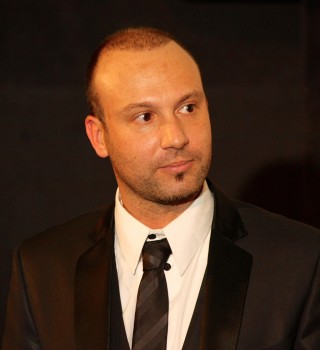 Max Nardari is director, screenwriter, producer and musician. He was born in Treviso and graduated in DAMS in Bologna with a thesis on Pedro Almodovar. He graduated in Nuct of Cinecittà and began his career by directing videoclips and writing for several Italian interpreters including Raf and Fabrizio Moro.
In 2003 founded his production company Reset Production with which he produced and directed various social short films distributed by Rai Cinema Channel.
In 2014, he directs his first feature film Liubov Pret a Portè (Like a Rainbow), produced by Italian companies Bell film and White Wolf production in co-production with Russian companies Oda film ltd and Zori Film ltd. In the cast: Giancarlo Giannini, Alessandro Borghi, Nino Frassica, Paolo Conticini, Tosca D’Aquino and Andrea Preti. In March 2017, Liubov Pret a Portè has been released in Russia in 450 cinemas.
In 2016 Max wrote, directed and produced with Reset Production his second feature film titled The Family Jumble. In the cast: Marco Cocci, Bianca Nappi, Gabriele Caprio, Eleonora Giorgi and Ninni Bruschetta.
The world international premiere has been on Huly 2016 at the Festival Skip City in Tokyo. The film has already been sold in many Asian countries by the international seller Medialuna.
In 2016 he wrote, produced and directed his short film One of Us, transmitted on RAI 1 gain a good share.
In 2018 Max wrote, produced and directed two new social short films: Invisible and Love Has Not Religion.
In September 2018 Max won the prestigious Leone di Vetro for Best Direction Award.
Currently, Max is is working on three new feature film projects. 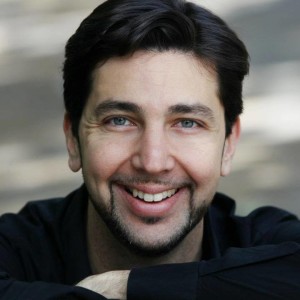 Roberto Carrubba was born in Sicily. He graduated in law at the University of Catania and he graduated as actor at the Bologna Theatre School Alessandra Galante Garrone .
In 2013 he started to work with Reset Production for the short film We & The others, as well he works as an actor.
In 2016 he has got an active part in the production of the film The Family Jumble.
In 2016 he collaborated actively in the creation and production of the social short film One of Us.
In 2018 Roberto is the production coordinator of the short films Invisible and Love Has Not Religion.
He deals with the company in production and in communication.

Sara Paterniani was born in Velletri. She gratuated in Japanese at the Ca’ Foscari’s Language and Civilisation of Asia and Mediterranean Africa, wrote a thesis on Japanese cinema, focused on the awareness of technological development through the analysis of the trilogy Tetsuo by Tsumakoto Shin’ya and animation feature films as Akira. Currently, Sara is finishing up the MASPA Course (Screenwriting and Audiovisual Production) at La Sapienza of Rome.
Form 2018, she started to collaborate with Reset Production as Production assistant, working alongside at the production of the short films Invisible and Love Has Not Religion.